Diamond engagement rings: This week celebrity engagements have been a talking point in the celebrity world as the likes of Jessica Biel, Halle Berry, Gaby Roslin and Nicole Polizzi all confirm their engagements.

This week celebrity engagements have been a talking point in the celebrity world as the likes of Jessica Biel, Halle Berry, Gaby Roslin and Nicole Polizzi all confirm their engagements with diamond engagement rings. Rumours have been flying around about the three celebrities being engaged with no confirmation until now.

Jessica Biel and Justin Timberlake were rumoured to have got engaged over the Christmas holiday period, however Jessica was supposedly disappointed with the choice of diamond engagement ring. This week though Jessica has been spotted on several occasions sporting a huge princess cut diamond engagement ring which is held in a vintage style setting. Justin is believed to have had a part in designing the ring.

Halle Berry and Olivier Martinez have also confirmed their engagement this week, although Halle has been seen wearing a emerald and diamond engagement ring since January. Olivier was questioned about the rumours over the weekend at the opening of his new restaurant in Miami in which he replied ‘Yes, of course it’s true!’.

TV Presenter Gaby Roslin announced her engagement this week on TV programme Loose Women after her boyfriend of six years, David Osman proposed to her whilst on holiday. David is said to have got down on one knee in the traditional way. Jersey Shore Star Nicole Polizzi (Snooki) has also announced her engagement to boyfriend Jionni LaValle who popped the big question earlier this week with a princess cut diamond engagement ring with weights 5 carats and is worth approximately £34,000. The news follows the announcement a couple of weeks ago that the happy couple are expecting a baby. 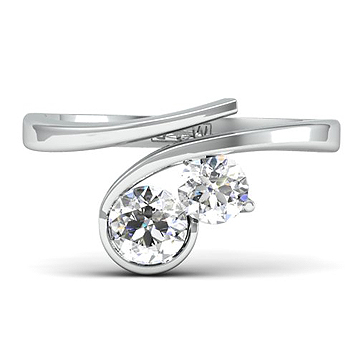